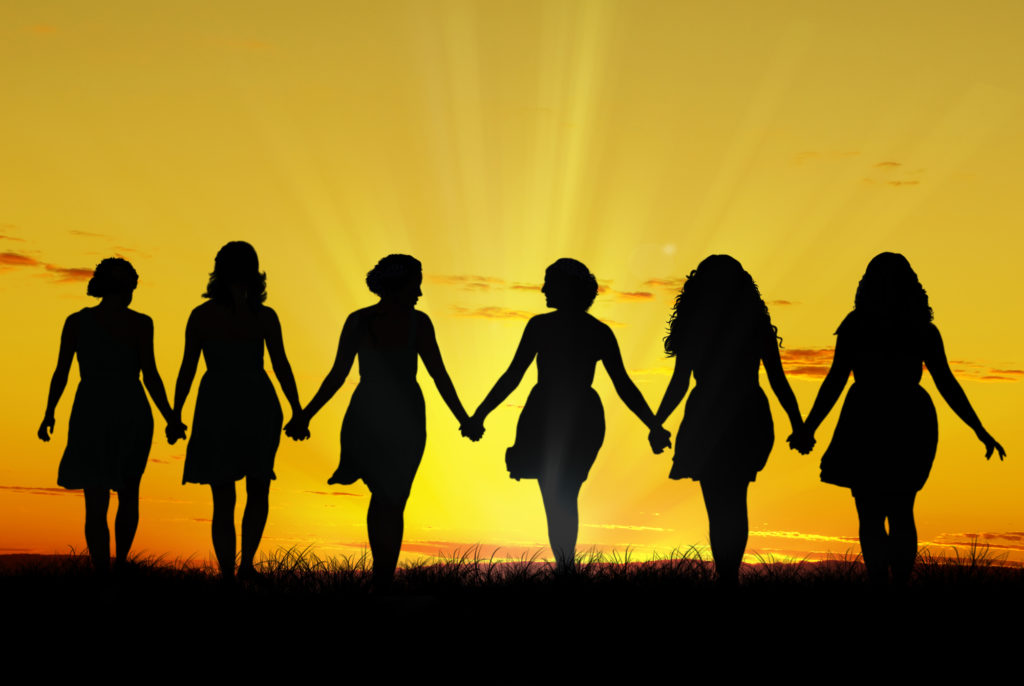 There I was in the middle of a party of friends of ours.  They were celebrating their daughter’s twenty-first birthday.  After making the rounds through all the people in my age group, I suddenly noticed giggling, chattering and dancing. They were so infectious with joy and fun I took a seat and just enjoyed the music and dancing.  I had just realized I was in a moment of nostalgia without feeling regretful or putting myself in tears but, I was so excited looking at this happy bunch of girls and thinking of what laid ahead for them… So many doors were opening for women.

Even though women are the natural majority we didn’t take our power or I should say we were victimized, sexually discriminated and judged to name a few. Hell, it took us two hundred years to receive the right to vote!  There were so many hopeful issues that had been coming about…  opening doors that weren’t just closed to us but, locked.

No matter how strong of a woman you were in the past many times it was literally impossible to be equal and respected in the workplace. Although there are those women warriors that made a mark of change for the better. These notions that a woman would have full value in this world was something I was so grateful to witness. We had gone through so many battles that were so unnecessary and just made things in the long run difficult. The idea that women were taking back there power and using it for the good of all was exciting. This majority will change the way we act and think, while bringing unity on so many forefronts. It seemed like an eternity that we could even speak up for ourselves and our sisters.

The tension was high for men to treat us equally with dignity. We were making a mark in every arena from politics, media, education you name it, we were starting our revolution of strength. We were created to be equal and balance the great intention of “God”.  Men and women working together would eventually catapult the world into a much more harmonious environment solving many large issues that needed the input of intuitive, intelligent women. Even the men in todays world recognize the change in the current. The simplicity of being able to work together in a dignified matter was changing the world.

There I was at my mid-life prime witnessing it all!  The chance that we can make a better life for the needs of women and children and so many others that had been a scapegoat or victimized was in itself a shining light to us all.  Now we were free to embellish what we lost or had hopes of obtaining. We could do and be anything or anyone we wished for… No more square boxes to put us in, we are millionaires, astronauts, entrepreneurs – you name it.

The horizon looks bright from the perspective of men and women. There’s still some battles ahead, but, with the look of strength this new generation of women bring is wondrous to say the least. We as woman must remember just as slavery was abolished not many years ago so is discrimination and ignorance.

We must all join together and encourage our young people to all the opportunities that exist equally. The possibilities are endless… As I close I reflect back on something my grandmother used to say, “No man can enter the world without the labor and strength of a woman”.  In saying this I’ll close with women rise up and take your power back – the world needs us, too!